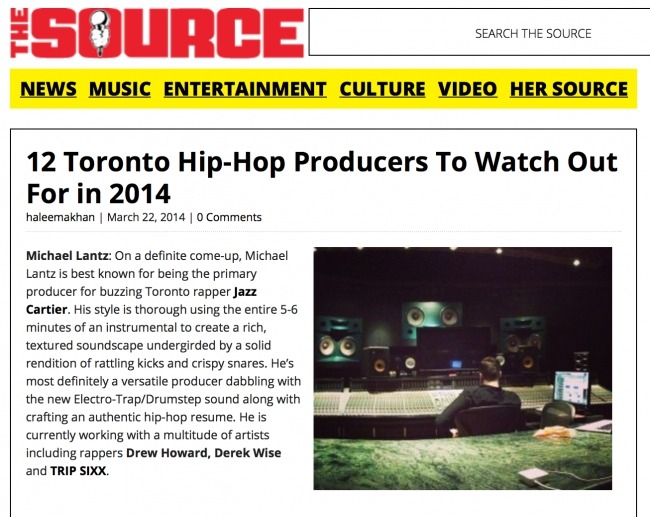 Today 'The Source' released a list of Toronto Hip-Hop Producers To Watch Out For in 2014, and Metalworks Studios has been privileged enough to have over half of them as clients.

"I, personally, have worked with a lot of these talented people and I can definitely attest to their talents and potential. First, we have the known "big dogs" of Toronto: Noah '40' Shebib, T-Minus and Boi 1da; all who have millions of records sold and platinum status, working with the likes of Drake, Kanye West, Lil Wayne, Eminem and a continued list of big names in the Hiphop/RnB world. Some new faces on the list include Wundagurl, the 17 year old Boi 1da protégé, who has most recently landed production on Jay-Z's GRAMMY Award-nominated album, Magna Carta Holy Grail. As well as Michael Lantz, who most recently worked in Studio 6 with me to mix his project with Toronto rapper, Jazz Cartier; the project is full of a diverse selection of music and proves that this is definitely a producer to watch in 2014. Last but not least, Rich Kidd; a veteran of the underground in the GTA who's produced for hiphop legends Raekwon, Redman and Jay Electronica, as well as an array of others. Rich recently worked at Metalworks with legendary engineer, Young Guru, who's most known as Jay-Z's engineer and touring DJ." - @grimmful