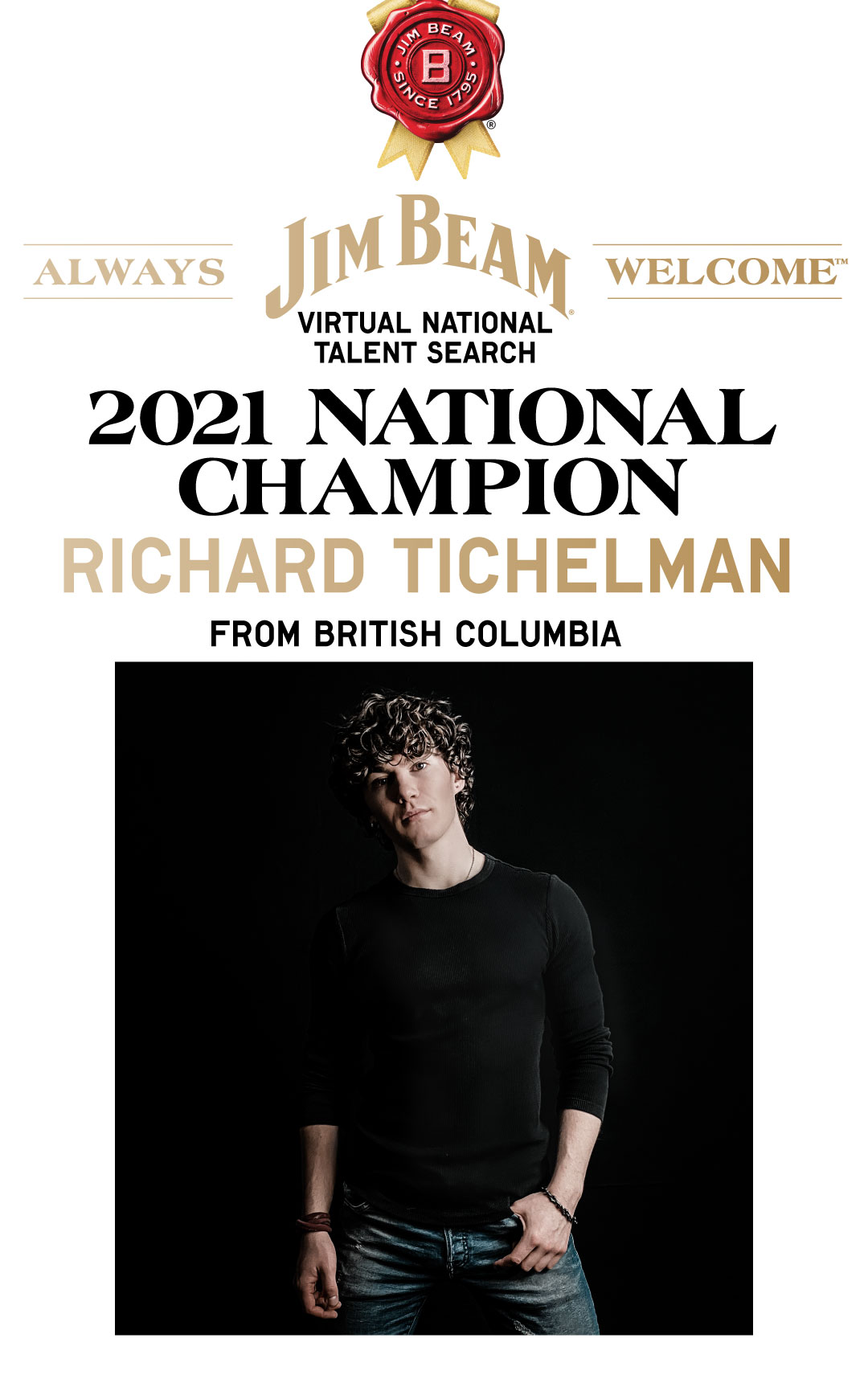 As the Grand Prize Winner, Richard Tichelman has won a free trip to Toronto to perform live on stage at the 2022 Jim Beam® INDIE Awards, in front of thousands of industry insiders and indie fans from Canada and around the world who are looking for the next big thing. He will also get a single recorded and produced at Metalworks Studios, a shopping spree at Long & McQuade, and gifts from Canadian Musician Magazine! We're looking forward to welcoming Richard to the studio to record.

Fans also voted for provincial winners selected from 18 provincial 2021 finalists. The winners from each are: Taken By Sanity from Alberta; Brandi Vezina from Manitoba; Weigh The Anchor from Ontario; Ricky Paquette from Quebec; and Good Dear Good from Nova Scotia.

"Jim Beam is proud to bring emerging musical artists from a wide array of genres to Canadians when live venues were shuttered. We loved working with our new artist mentors this year to support Canadian talent on their journey to success." - Lisa Li, Senior Brand Manager, Bourbon, Beam Suntory