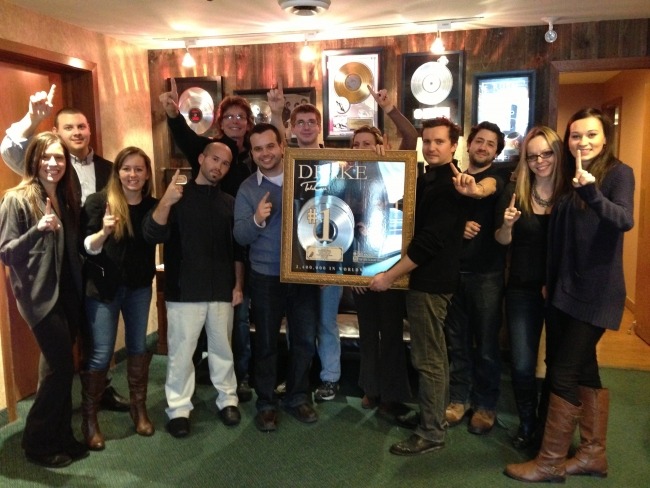 Drake's double platinum award recently arrived at Metalworks Studios to commemorate 2,400,000 copies sold. The album was #1 on the Billboard charts and recently won a Grammy for Best Hip Hop Album of the Year.

"It's an honour to work with the Drake team. They are like family to us." - Gil Moore, Founder and CEO Metalworks Group

"Congratulations to Drake and Crew for winning the Grammy for best hip hop album of the year for "Take Care". We are honoured to have been a part of the project." - Chris Crerar, Studio Manager