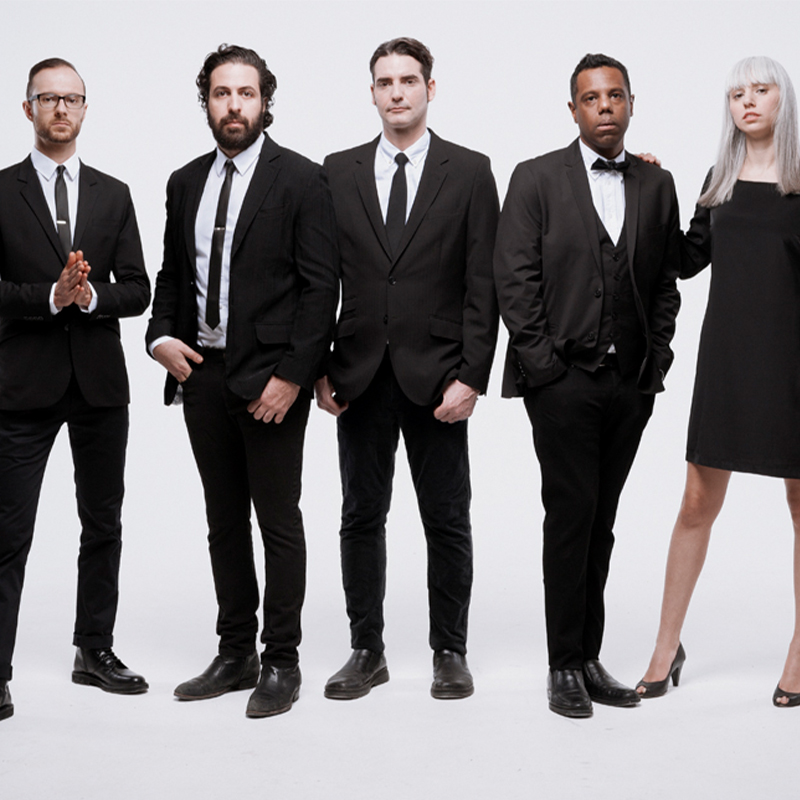 Born in 1995, The Dears is the lifework of Murray A. Lightburn. Son of a jazzman-turned-preacher, Lightburn’s attunement to songwriting was shaped equally by nineties rock and a broad tableau of gospel, soul, and pop music. Early incarnations of The Dears brought bassist Roberto Arquilla into the fold, followed by Natalia Yanchak on vocals and keys.

In the summer of 1998, the band holed up in a house in Westmount, Quebec: a makeshift studio built of borrowed gear and a rented tape machine. With their $1,000 recording budget they could only get one reel of tape, and had to track strings in Yanchak’s sweltering apartment. Against all odds, debut LP End of a Hollywood Bedtime Story emerged in 2000 to national acclaim and cultish admiration. The Dears‚ second album, 2003‚ No Cities Left, swept the group from Montreal notoriety to international rapture. The NME hailed The Dears as "Probably the best new band in the world".

The band toured incessantly for months behind No Cities Left, and then jumped right into recording its follow-up, 2006‚ Gang of Losers. Internal instability and the dynamics of a relentless workload led to the bands fracture, and once the touring behind Gang of Losers came to a conclusion, The Dears almost called it quits. Instead, Lightburn and Yanchak headed into the studio, knowing only there was work to be done. They recruited past bandmates Arquilla Krief Benvie – all of whom had moved on to other projects – with uncertain expectations. The record that emerged would become 2008's Missiles. Though this group of musicians wasn't ready to tour behind that album, it was evident something special was in the works.

Degeneration Street, the fifth album from The Dears, delivers the passion and soul that has earned the band the adoration of fans and critics worldwide. From the electrifying nihilist pop anthem‚ ’Thrones’ to the star-scraping heights of ‚’Galactic Tides’, from the grimy opener ‚’Omega Dog’, to the Motown sci-fi of ‚’Lamentation’, Degeneration Street is, definitively, The Dears.