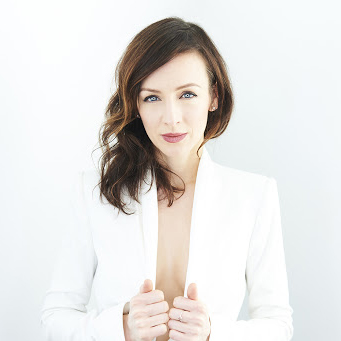 Over the course of her 15 year career Sarah Slean has made eight albums, starred in two short films and a movie musical, published two volumes of poetry, held exhibitions of her paintings, written two string quartets, and shared the stage with five of the country’s leading orchestras. During that time she was nominated for three Junos, two Geminis, and her records have been released in over 10 countries world-wide. 2002’s Atlantic Records debut “Night Bugs”, co-produced by Hawksley Workman, delivered a bona fide radio hit in “Sweet Ones”, a song that has since been covered twice on Canadian Idol. The release of 2004’s critically acclaimed “Day One” heralded the beginning of a promising career in France, garnering national radio play, several key festival slots, national tours and an appearance on the hit television show “Taratata” – as well as tours in Germany and Sweden.

Sarah’s music has also been featured on both big and small screens in the US (Dawson’s Creek, Felicity, Party of Five, Murder in Small Town X). 2008’s The Baroness debuted at #1 on iTunes Canada and spawned three national tours, winning accolades and support slots from such artists as Alanis Morissette and Rufus Wainwright. An EP of its outtakes entitled The Baroness Redecorates showcases Sarah’s remarkable talent as a string arranger – an aspect of her art that she continues to develop on the new double album “Land & Sea”, for which Slean has penned four original scores for 21-piece string orchestra. With the production might of renowned Canadian songwriter Joel Plaskett on “Land” and award-winning film composer Jonathan Goldsmith (Away from Her, Casino Jack, Take This Waltz) on “Sea”, the resulting ambitious double-disc plays on contrasting aesthetics and perspectives.

In Sarah’s words, “Land is a celebration of all that is worldly and temporal; the human dramas we participate in, the struggles, the unusual, at times uncomfortable wonder of being a separate, individual consciousness. Sea emerges from that within us which is eternal… the sense of a timeless unified consciousness. It is the dawn of a clear perception that the universe, in all its staggering diversity, is one.”