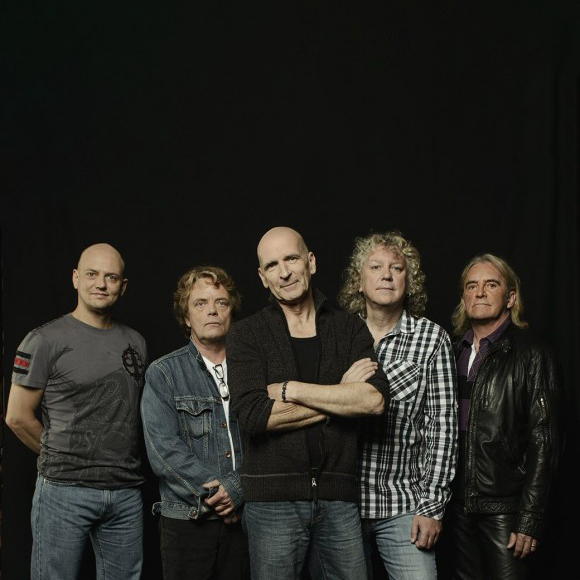 Over the course of a career that’s spanned five decades, Saga have established themselves as one of Canada’s most successful progressive rock bands, and have found a loyal, international audience for their ambitious music. Saga was formed in Oakville, Ontario by bassist and keyboard player Jim Crichton, and singer, vocalist, and multi-instrumentalist Michael Sadler; Crichton had been a latter-day member of Toronto rockers Fludd and when he struck up a friendship with Sadler, they began writing songs. Crichton recruited fellow Fludd alumni Steve Negus (drums) and Peter Rochon (keyboards), as well as his brother, Ian Crichton (lead guitar), and the first lineup of Saga was complete, with the new band making their live debut in June 1977.

From the outset, Saga was committed to playing original material their own way, and with close to 30 songs already in their repertoire, Saga went into the studio to record an album six months after their first show. The self-financed project was picked up for release by the Canadian branch of Polygram Records, and Saga’s self-titled debut was released in June 1978; the album also featured two songs in what would become known as “The Chapters,” a non-sequential song cycle which formed a futuristic narrative spread out over several albums. The album sold well in Canada and did surprisingly well in Germany as an import item, and Polygram signed the band to an international deal.

For Saga’s second album, 1979’s Images at Twilight (which spawned a minor hit single in Canada, “It’s Time”), Greg Chadd replaced Peter Rochon, and on 1980’s Silent Knight, Chadd was out and Jim Gilmour became the band’s new keyboard player. Silent Knight sold well in Canada, and Saga’s next effort, 1981’s Worlds Apart, would be their international breakthrough; produced by Rupert Hine, the album featured a major hit single in “On the Loose” (“Wind Him Up” also reached the Top 40), and earned platinum sales awards in Canada and the United States; the tour that followed produced a live album, 1982’s In Transit.