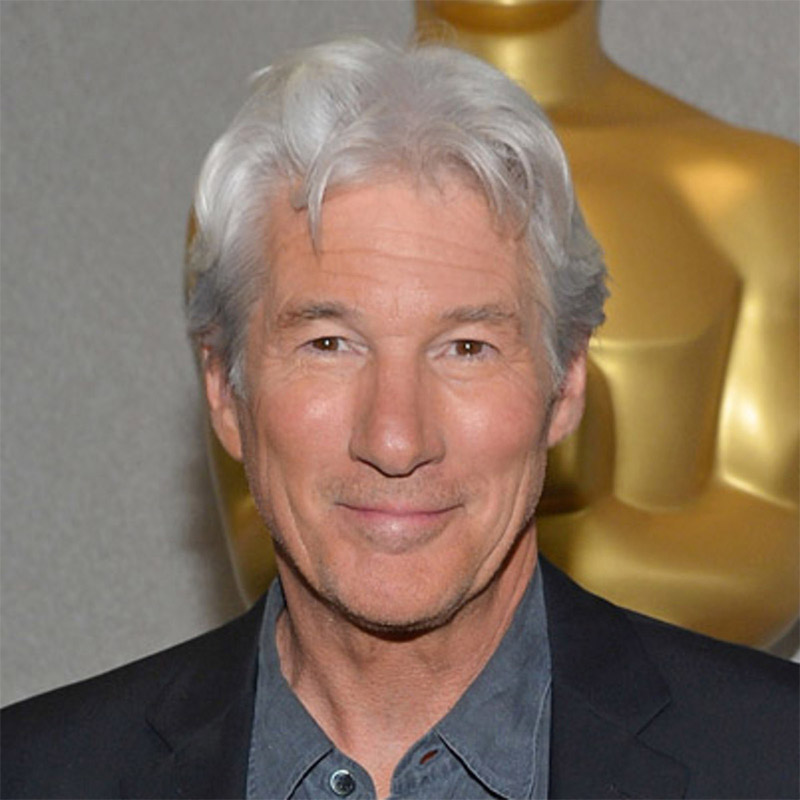 Richard Tiffany Gere is an American actor. He began acting in the 1970s, playing a supportive role in Looking for Mr. Goodbar, and a starring role in Days of Heaven. He rose to fame in 1980 for his role in the film American Gigolo, which established him as a leading man and sex symbol. He went on to star in hit films, including Pretty Woman, Primal Fear, An Officer and a Gentleman, Arbitrage, and Chicago, for which he won a Golden Globe Award as Best Actor, as well as a Screen Actors Guild Award as Best Cast.