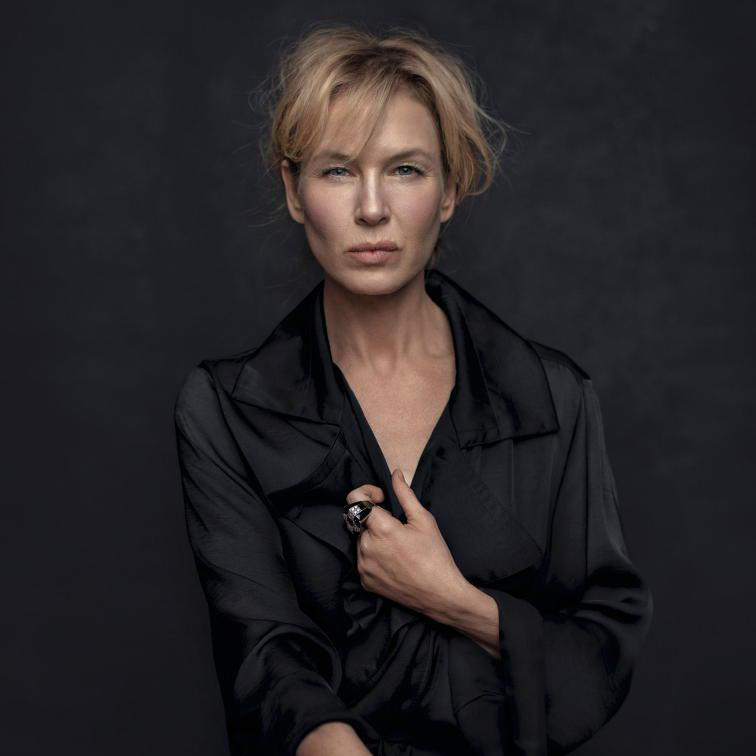 Renee Kathleen Zellweger is an American actress, producer, and voice artist. She gained widespread attention for her role in the film Jerry McGuire (1996) and received two nominations for Academy Award for Best Actress for her role as Bridget Jones in the comedy Bridget Jones Diary (2001), and as Roxie Hart in the musical Chicago (2002). Zellweger won the Academy Award for Best Supporting Actress for her performance in the drama Cold Mountain (2003). She has won an Academy Award, three Golden Globe Awards, three Screen Actors Guild Awards, and a BAFTA Award; was named Hasty Pudding’s Woman of the Year in 2009; and has established herself as one of the highest-paid Hollywood actresses as of 2007.