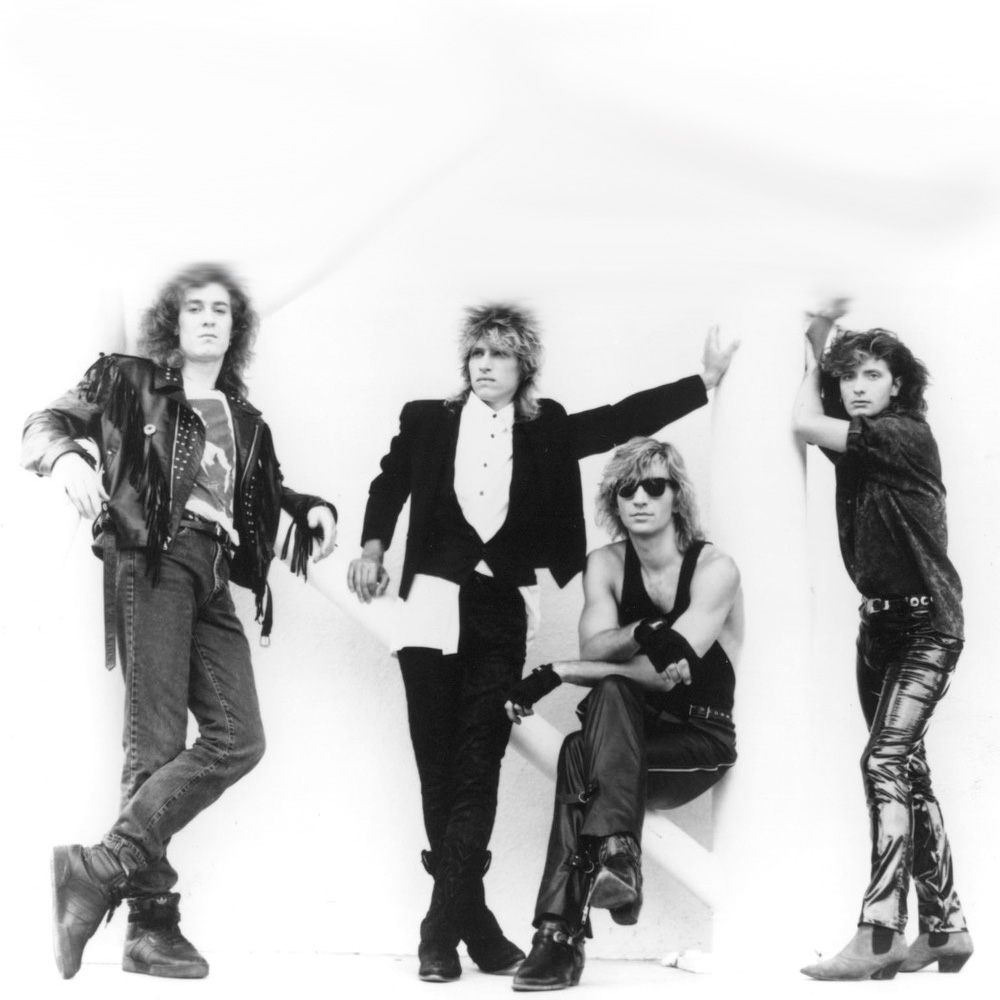 Platinum Blonde is a Canadian rock music group formed in Toronto. The band originally consisted of Mark Holmes, from Mansfield England on vocals and bass, Sergio Galli on guitar and Chris Steffler on drums. Scottish musician Kenny MacLean later joined the group as a bassist, freeing Holmes from his bass duties.

Platinum Blonde originated in 1981, as a tribute band performing the music of The Police in Canada’s university and club circuit. In 1982, they signed to CBS Records Canada and released a self-titled six-song EP, which made it to No. 39 on the Canadian album charts. It was quickly expanded into a full length album titled “Standing in the Dark”. In 1985, the band released a second album called Alien Shores, featuring the addition of a fourth member, Kenny MacLean. Hits from the second album included “Situation Critical”, “Crying Over You” and “Hungry Eyes”. In 1988, the bands next album Contact was released and soon became a hit in Canada. Platinum Blonde changed their name to The Blondes and recorded and released one further album Yeah Yeah Yeah before disbanding.