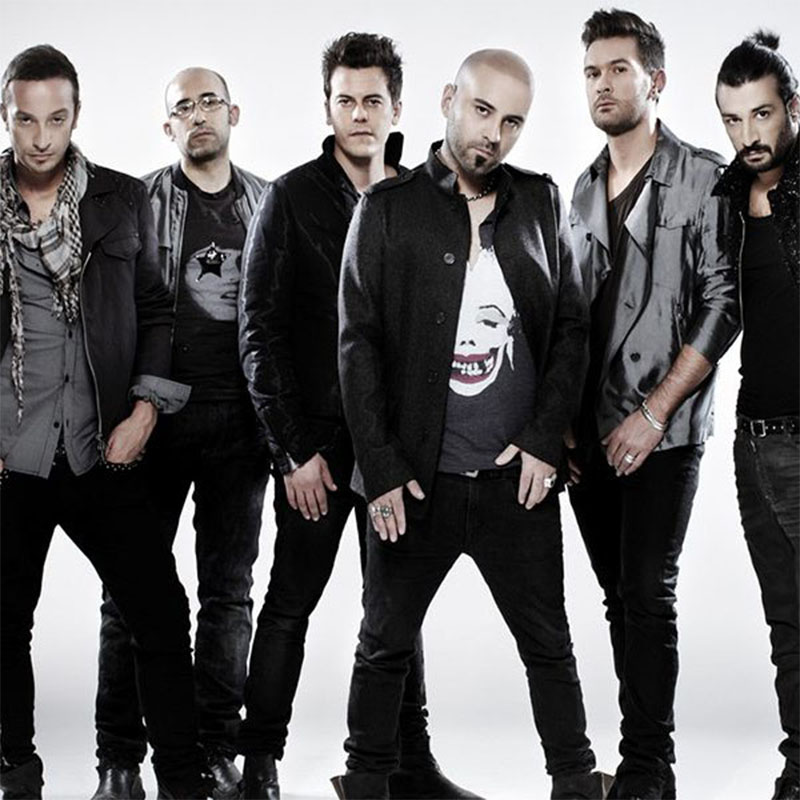 Their name derived from a local grape, the negro amaro (meaning bitter black), six-man Italian rock band Negramaro met in Lecce, Puglia, where some of the members were attending the university. When they discovered they had similar tastes in music they began playing together, and by 1999 Negramaro had officially formed.

In 2001 they were one of ten finalists in MTV’s Brand New Talent competition, and two years later, after signing to the Sugar Music label owned by actress turned talent scout Caterina Castrelli, the group released its self-titled debut in 2003. A slightly different version of the album, retitled 000577, came out the following year. With the help of famed Italian producer Corrado Rustici, singer and guitarist Giuliano Sangiorgi (who also acted as the band’s songwriter, and even composed a piece, “Le Parole Che Non Ti Ho Detto” for Andrea Bocelli for the 2004 record Andrea), guitarist Emanuele Spedicato, bassist Ermanno Carl, keyboardist and synth player Andrea Mariano, drummer Danilo Tasco, and Andrea De Rocco, who manned the sampler, set to work on their next album, Mentre Tutto Scorre, which was released in 2005.

The title cut won first prize at the San Remo Music Festival that year, as well as a Nastro d’Argento (the equivalent of a Grammy) for Best Song. The band received accolades from the European community by winning Best Italian Artist at the 2005 MTV Europe Awards. In 2006, after an extensive Italian tour, the sextet moved with Rustici to San Francisco’s Plant Studios. The result of those sessions, La Finestra, was released in June 2007, and confirmed its authors as one of the most important Italian groups of the period, as confirmed by the huge success of the single “Parlami D’Amore”, who would later win that year’s edition of Festivalbar. In the meantime, the band had also produced a rockumentary titled Dall’Altra Parte Della Luna about their career, which was presented at the Venice International Film Festival. In May 2008 Negramaro were the first Italian band to play at the Milan stadium of San Siro; the concert would later be documented by a Cd + Dvd set titled San Siro Live.