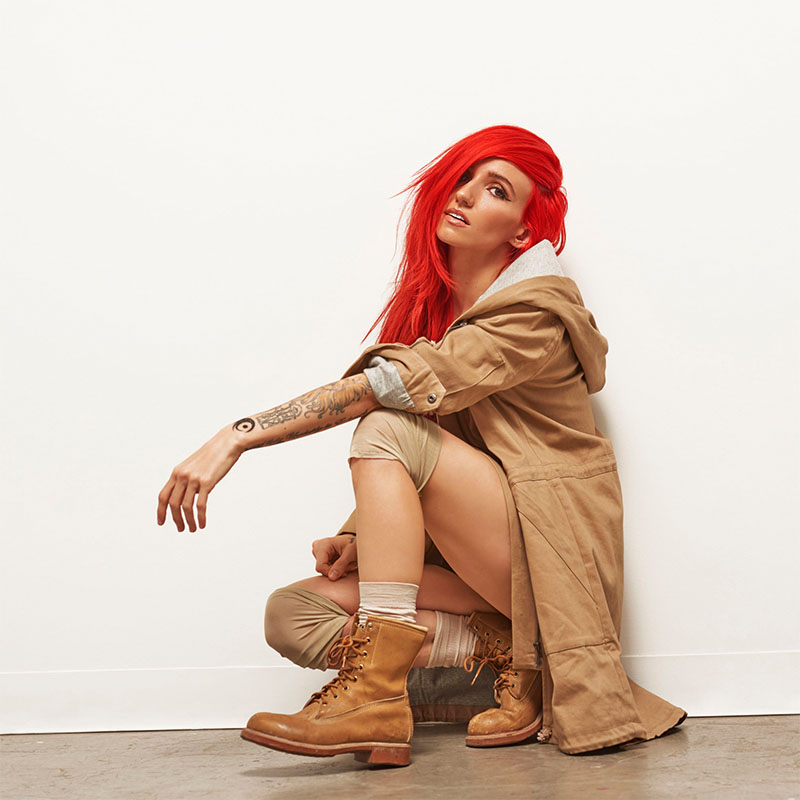 When electro-rock sensation Lights first hit the music scene in 2008, she was just a songwriter with a synth and a dream. Her name may have been pluralized but Lights Poxleitner was a one-woman show who played and programmed her own instruments and sang her own lyrics.

This admirable self-reliance is rare in pop‚ in fact, Lights, signed a publishing deal at 16 and began writing songs for other artists‚ but after her 2008 self-titled debut EP (precocious enough to earn her a best new artist Juno) and gold-selling full-length follow-up The Listening, Lights was ready to open herself up to collaborations on her unexpectedly experimental album Siberia. And by choosing such leftfield collaborators as live electronic outfit Holy Fuck and rising rapper Shad, she also opened up her sound.

The dividend from her early award-winning success‚ and not to mention her sprawling online footprint which includes over a half-million Facebook fans and over a quarter-million Twitter followers, not to mention a cult fanbase amongst the Comic-Con set‚ her current artistic freedom.

Her up-for-anything experimentations with Holy Fuck produced an astoundingly eclectic album that belies its snow white title. Siberia’s diversity leapfrogs from the hip-shaking dance-pop of ‚’Toes‚ and the arms-up anthem’ ‚’Banner’, to the singer-songwriter-y romantic ballad ‚’Cactus in the Valley’, written on an acoustic guitar, and the nine- minute instrumental album closer ‚’Day One’, which sounds crafted by a rusty, lovesick robot‚ but that did not make recording her sophomore album any easier. For the first one, nobody had any expectations for what I was supposed to sound like. You write your first record only for yourself. You don’t have fans yet and there are no preconceptions. So I had to reinvent myself all over again, rediscover myself as an artist and remember I can do whatever I want. Siberia also beats skitter and thwack, the retro electronics fire like decomposing lasers and the analog synths dirty up her trademark pretty melodies, propelling Lights‚ emotion-soaked but still-cute croon into her sprawling, imperfect new sound.