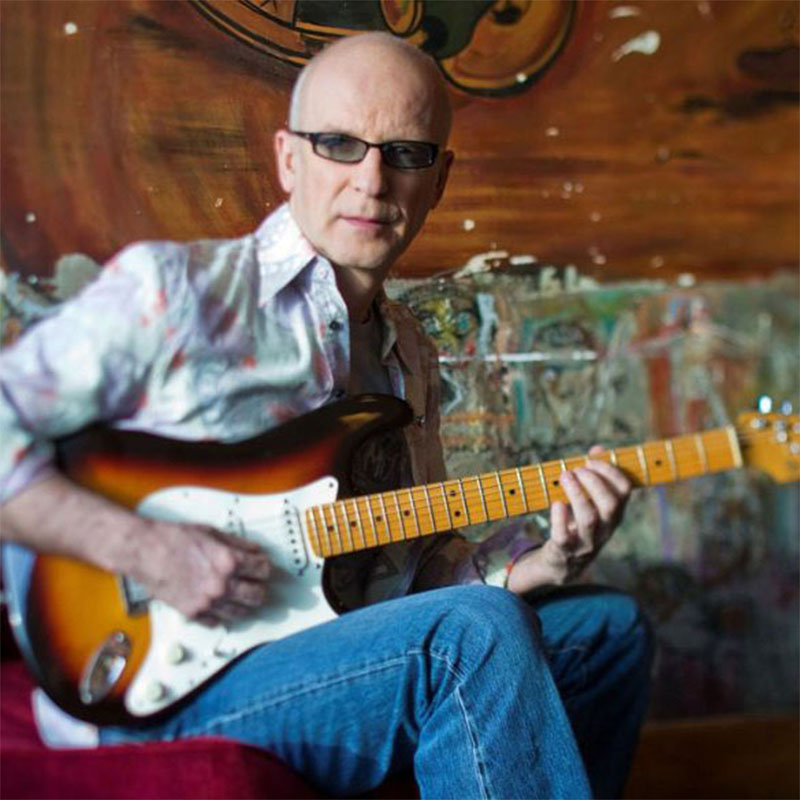 Born in Sarnia, Ontario, Kim Mitchell’s first exposure to rock music occurred while watching Elvis Presley’s first appearance on the Ed Sullivan Show on his father’s knee. As a teenager in the 60s, Kim’s ears were awakened to a completely different kind of rock and roll when, in a church basement, he heard Jimi Hendrix for the very first time. He never heard music the same again, Kim played in a number of bands in his native Sarnia before moving to Toronto at the age of 7 with his band Zooom.

When the band dissolved shortly thereafter, Kim spent a year playing music and enjoying the sun, surf and ouzo on the Greek island of Rhodes. After Kim returned to this side of the Atlantic Ocean in 1973, he hooked up with Pye Dubois and formed Max Webster, a genre-defying band that mixed hard and progressive rock with a dash of heavy metal. Eight years, six albums and thousands of touring miles later, Max Webster broke up and Kim Mitchell was on his own. In 1982, Kim Mitchell released his self-titled solo debut, and two years later released Akimbo Alogo, a double-platinum selling album that featured hits like ‚’Go For A Soda’ ‚’All We Are’ and ‚’Lager and Ale’.

Kim’s other albums include Shakin‚ Like a Human Being (1986), Rockland (1989), I Am A Wild Party (1990), Aural Fixations (1992), Itch (1994) and Kimosabe (1999). In 2004, Kim Mitchell was eager to try something different and started his first day job when he became the host of The Kim Mitchell Show, heard between 2 and 7 weekdays on Classic Rock Q107. Since signing on, he has interviewed fellow rockers like Robert Plant of Led Zeppelin, Billy Gibbons of ZZ Top and Tommy Lee of Motley Crue. He also jammed in-studio with the likes of Ian Gillan of Deep Purple and Ra McGuire of Trooper, and he has even written a song with Q107 listeners called ‚’A Christmas Smile’ to benefit the Canadian Centre for Abuse Awareness. Still getting used to having a day job, Kim Mitchell helps you treat your road rage every weekday on the Mighty Q.