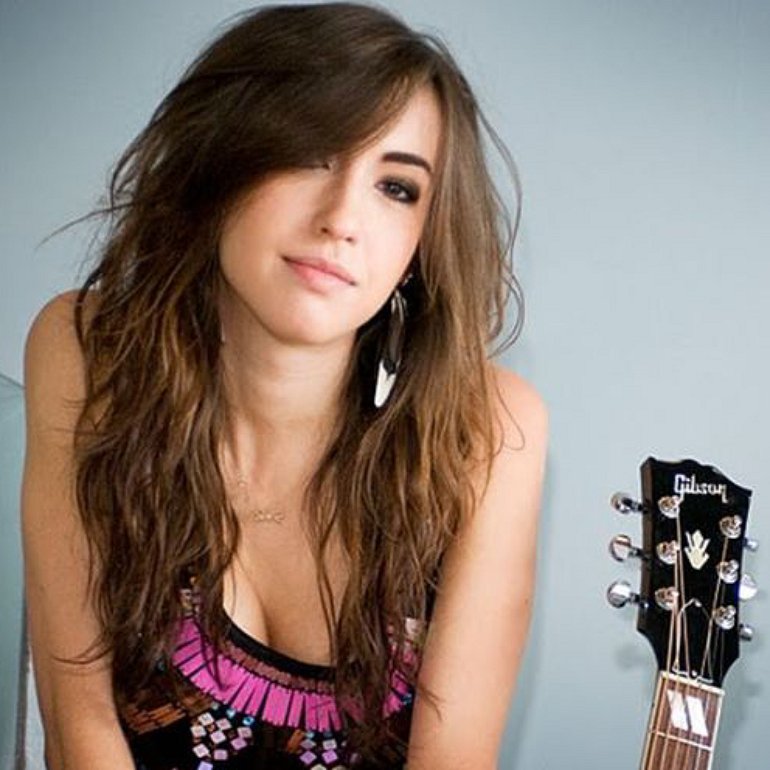 The musical landscape is teeming with singer/songwriters, many of them quite capable, but only a handful have something truly distinctive to offer. Kate Voegele belongs in the latter category. Don’t Look Away, Voegele’s first full-length album (MySpace Records), is a revelation, as the 20-year-old writer/singer, belying her tender years, delivers songs of depth and insight with a powerfully seductive voice that maintains a fierce presence amid dynamic rock grooves and infectious pop hooks. Produced by the veteran Marshall Altman (Matt Nathanson, Mark Broussard), Don’t Look Away is a bravura effort from an old soul with a youthful spirit; think of her album as a female parallel to John Mayer’s Room for Squares‚ once a zeitgeist-capturing landmark and the launchpad for a viable career.

While the concerns Voegele touches on in her songs are contemporary, her sensibility is deeply rooted. Growing up surrounded by the music of seminal singer/songwriters like Carole King, James Taylor, Joni Mitchell, and Eric Clapton, thanks to her musician father, Voegele absorbed everything she heard as if by osmosis, and began writing her own songs by age fifteen. Kate was 16 when some rough demos she’d recorded with her father led to an opening slot at a stop on John Mayer and Counting Crows’ 2003 shed tour, followed by second-stage appearances in front of Patty Griffin, Aimee Mann and Mindy Smith.

She subsequently opened for Dave Matthews, the Wreckers, Howie Day, John Mellencamp and Jamie Cullum, as well as performing at two consecutive Farm-Aid concerts, Summerfest, SXSW, CMJ and dozens of club shows at venues including New York’s Bitter End and the House of Blues in Chicago. Additionally, her song “I Won’t Disagree” took first place over 4,000 entries to the New York Songwriters’ Circle, winning Pop Song of the Year, while “Only Fooling Myself” was the winner of the USA Songwriting Contest. One early admirer from the A&R world asserted that Kate could be “the commercial Patty Griffin,” in reference to the emotional and intellectual depth of her writing and singing.

Ambitious by nature and powerfully motivated by these gratifying early experiences, Voegele continued to write, including collaborations with pros like Jim McGorman (Michelle Branch) and Peter Zizzo (Avril Lavigne), and to record, working up a set of impressive demos in L.A. with Altman in 2004, marking the beginning of what has turned out to be a fruitful partnership. Inevitably, the music Voegele was turning out caught the ears of a number of A&R reps and label heads, leading to showcases and a number of offers, none of which felt right to the canny and discerning young artist. But after meeting with the staff of MySpace Records at the request of A&R man Jon Pikus, who’d wanted to sign her during a previous stint at Columbia, Kate knew she’d found the right label to partner with.