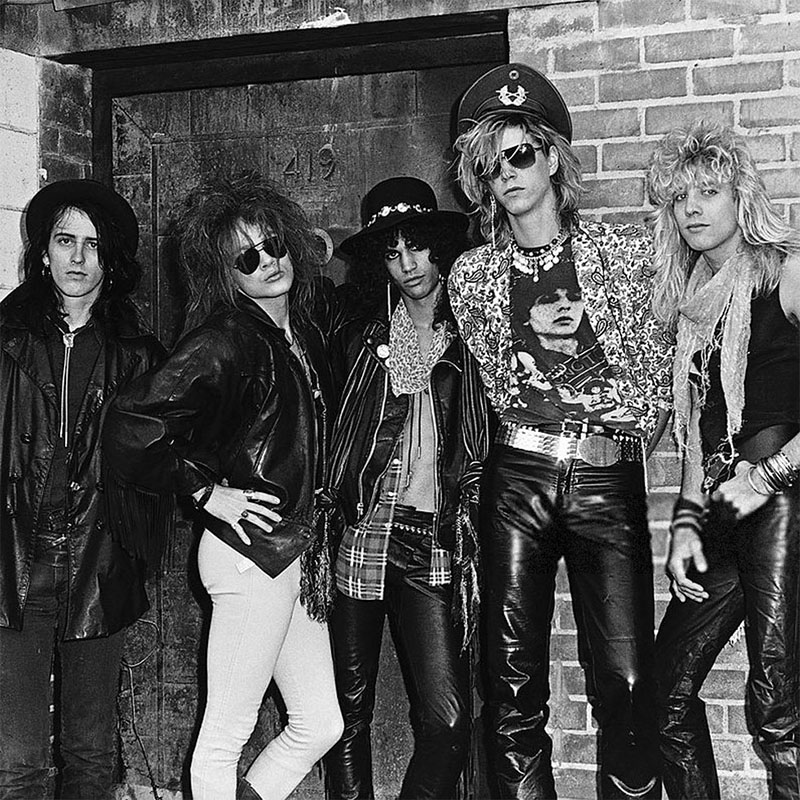 Today, Axl Rose is the only remaining original member in a line up that comprises Use Your Illusion-era keyboardist Dizzy Reed, lead guitarists DJ Ashba and Ron “Bumblefoot” Thal, rhythm guitarist Richard Fortus, bassist Tommy Stinson, drummer Frank Ferrer and keyboardist Chris Pitman. The band has released six studio albums to date, accumulating sales of more than 100 million records worldwide, making them one of the best-selling bands of all time.

A year after its release, Guns N’ Roses debut album Appetite for Destruction (1987) reached No. 1 on the Billboard 200, on the strength of their hit “Sweet Child o’ Mine”. The success of their debut album was followed by the eight- song album G N’ R Lies (1988). The twin albums Use Your Illusion I and Use Your Illusion II (1991) debuted No. 1 and No. 2 on the Billboard 200. The cover album “The Spaghetti Incident?” (1993) was the bands last studio album to feature Slash and McKagan. After more than a decade of work, Guns N’ Roses released the long-awaited album Chinese Democracy (2008) which, at an estimated $14 million in production costs, made it the most expensive album to ever be produced in music history.

The band’s classic line-up, along with late members Reed and drummer Matt Sourin, were inducted into the Rock and Roll Hall of Fame in 2012.