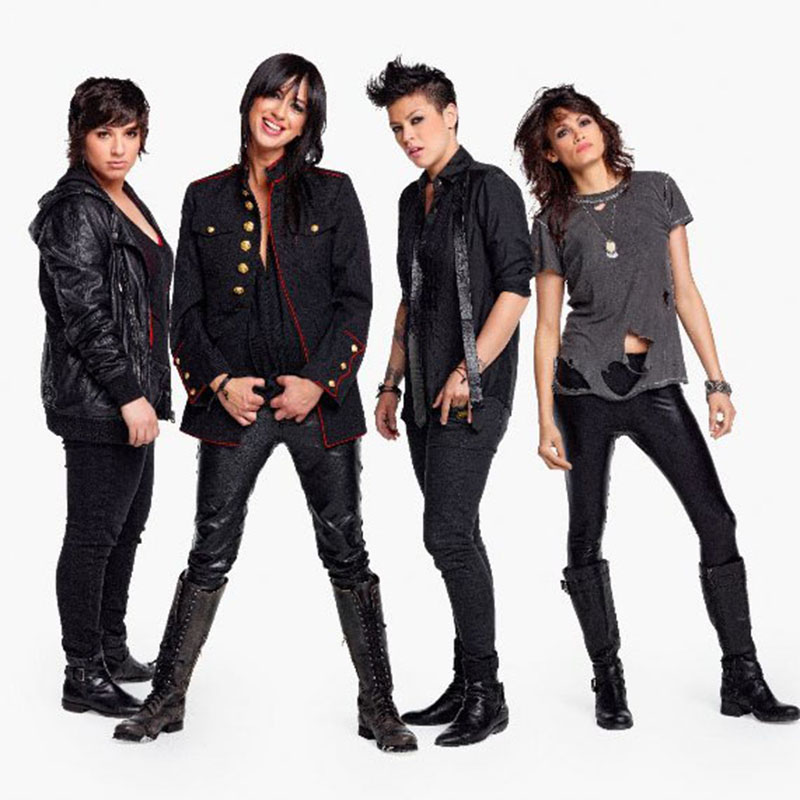 Like all great love stories, Hunter Valentine‚ began in a dark, crowded bar when girl met girl and an unbreakable bond was forged over cheap beer and rail whiskey. Armed with a fake ID and a king‚ ransom in talent, Kiyomi McCloskey was looking for a drummer and found her rhythmic soul mate in Laura Petracca. It was the first two sides of a Rubik’s Cube. Eight years, two record labels, and three studio albums later, the band has solidified their line-up, put down roots in Brooklyn, and grown their fan base steadily across North America and the globe. Touring 200+ dates a year, Hunter Valentine executes their raucous brand of rock on stages in Canada, America, Germany, Austria, Switzerland, and the UK ‚ with no plans to slow the pace.