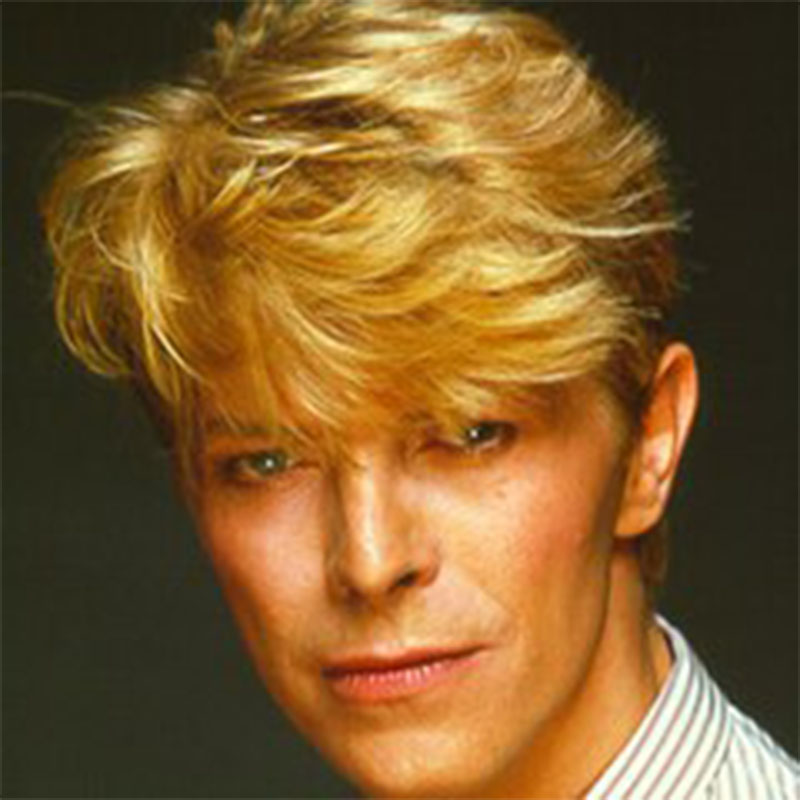 Bowie has been a major figure in the world of popular music for over four decades, and is renowned as a innovator, particularly for his work in the 1970s. He is known for his distinctive voice as well as the intellectual depth and electricism of his work. Bowie first caught the eye and ear of the public in July 1969 when his song “Space Oddity” reached the top five of the UK Singles Chart. After a three-year period of experimentation he re-emerged in 1972 during the glam rock era with the flamboyant, androgynous alter ego Ziggy Stardust, spearheaded by the hit single “Starman” and the album The Rise and Fall of Ziggy Stardust and the Spiders from Mars. In 1975, Bowie achieved his first major American crossover success with the number-one single “Fame” and the hit album Young Americans.

In the late 1970s, Bowie had UK number ones with the 1980 single “Ashes to Ashes”, its parent album Scary Monsters (and Super Creeps) , and “Under Pressure”, a 1981 collaboration with Queen. He then reached a new commercial peak in 1983 with Let‚ Dance, which yielded several hit singles. Throughout the 1990s and 2000s, Bowie continued to experiment with musical styles, blue-eyed soul, industrial, adult contemporary, and jungle. Bowie’s latest album The Next Day was released in March 2013.

Throughout his career, he has sold an estimated 140 million albums and has received numerous awards.