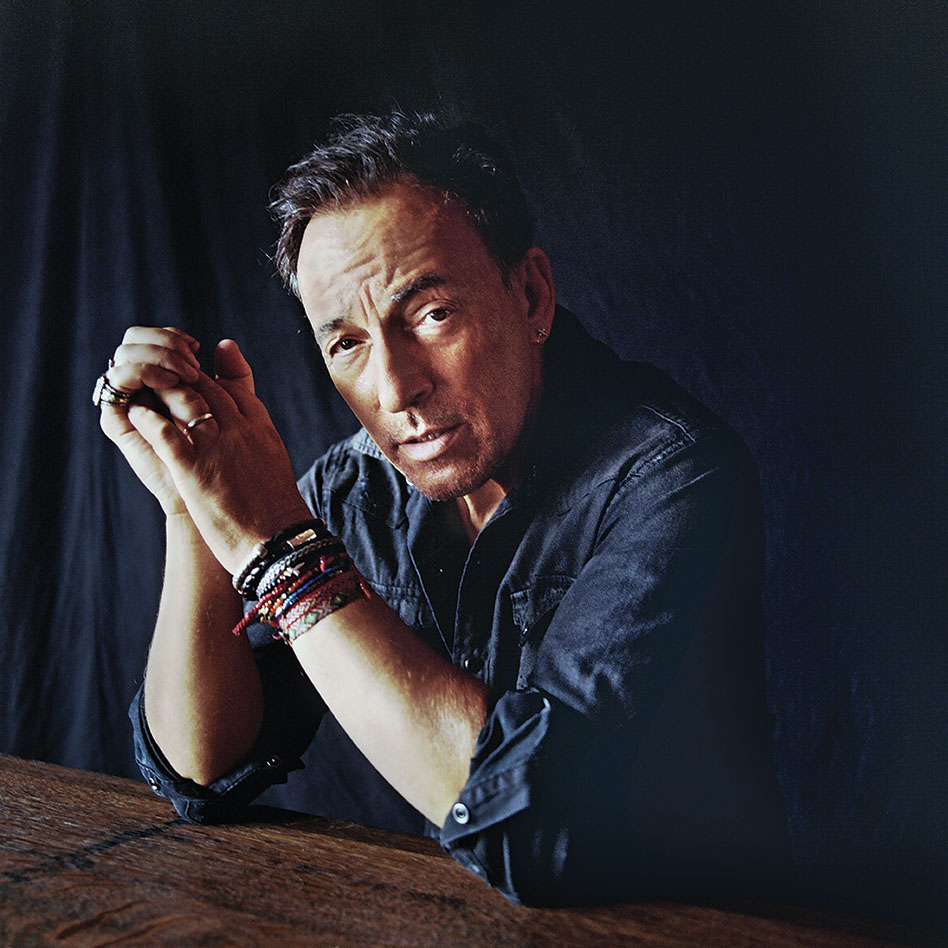 Bruce Frederick Joseph Springsteen (is an American singer, songwriter, and musician who is both a solo artist and the leader of the E Street Band. He received critical acclaim for his early 1970s albums and attained worldwide fame upon the release of Born to Run in 1975. During a career that has spanned five decades, Springsteen has become known for his poetic and socially conscious lyrics and lengthy, energetic stage performances, earning the nickname "The Boss". He has recorded both rock albums and folk-oriented works, and his lyrics often address the experiences and struggles of working-class Americans.

Born in the U.S.A. (1984) is Springsteen's most critically acclaimed and commercially successful album, proving him to be one of the most successful rock figures of the 1980s. It was certified 15x Platinum in the US and has sold 30 million copies worldwide, making it one of the best-selling albums of all time. Seven of its singles reached the top 10 of the Billboard Hot 100 including the title track, which was a bitter commentary on the treatment of Vietnam veterans — some of whom were Springsteen's friends. Advocating for the rights of the common working-class man, the song made a huge political impact. Springsteen's other best-known songs include "Born to Run" (1975), "Thunder Road" (1975), "Badlands" (1978), "Hungry Heart" (1980), "Dancing in the Dark" (1984), "Glory Days" (1985), "Brilliant Disguise" (1987), "Human Touch" (1992), "Streets of Philadelphia" (1994), and "The Rising" (2002).

Springsteen has sold more than 135 million records worldwide and more than 64 million records in the United States, making him one of the world's best-selling music artists. He has earned numerous awards for his work, including 20 Grammy Awards, two Golden Globes, an Academy Award, and a Tony Award (for Springsteen on Broadway). Springsteen was inducted into both the Songwriters Hall of Fame and the Rock and Roll Hall of Fame in 1999, received the Kennedy Center Honors in 2009, was named MusiCares person of the year in 2013, and was awarded the Presidential Medal of Freedom by President Barack Obama in 2016.