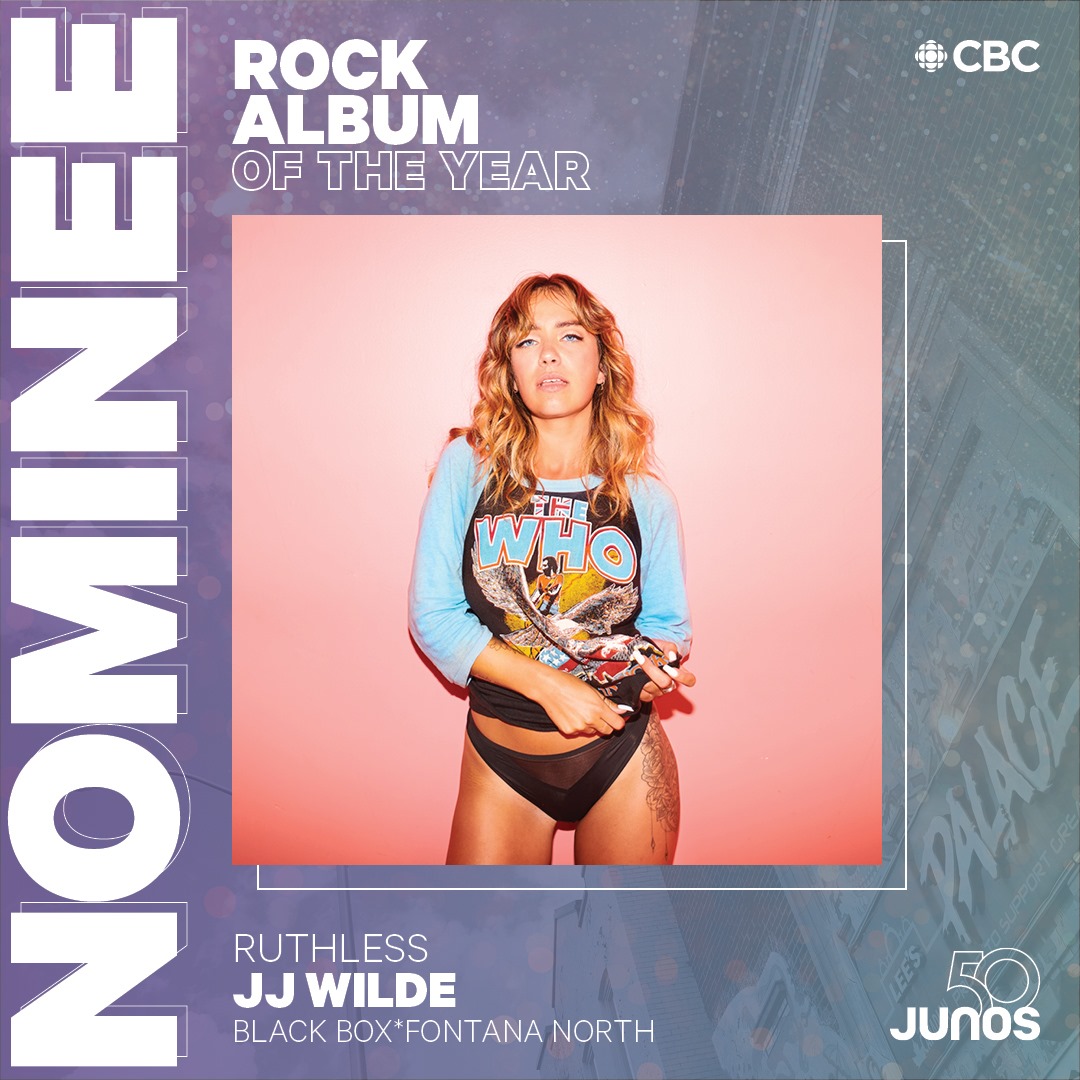 Congratulations to Metalworks Studios client JJ Wilde on receiving her first Juno Award nomination for her debut album "Ruthless" which has been nominated for Rock Album of the Year! It was fantastic having JJ Wilde track part of the album here at Metalworks Studios!

Be sure to tune in to the 50th Juno Awards on May 16th! The awards will be presented in Toronto and broadcast on CBC.