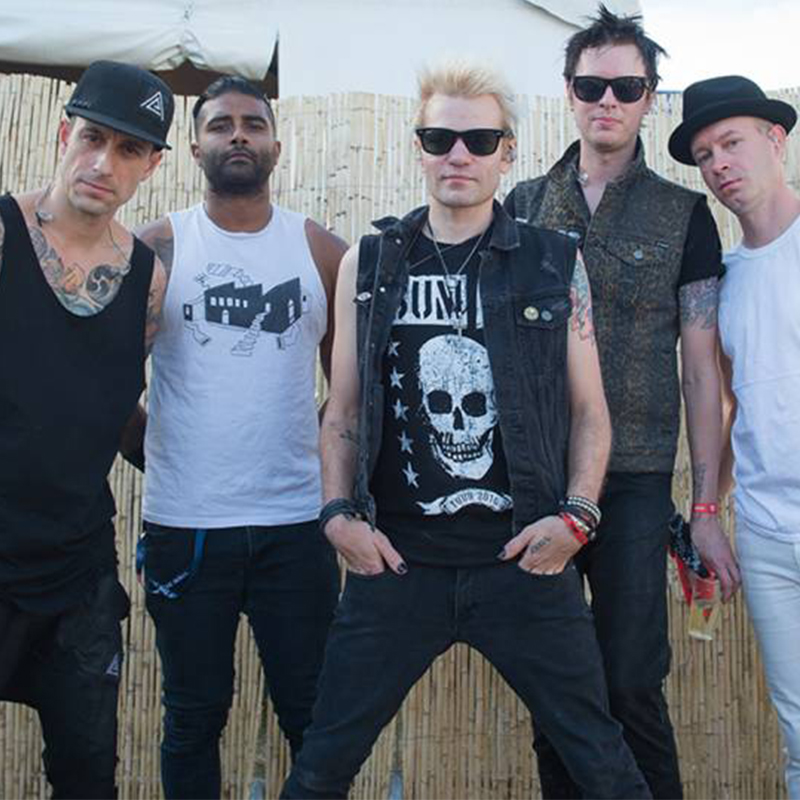 Sum 41 is a Canadian rock band from Ajax, Ontario, Canada. The band was formed in 1996 and currently consist of members Deryck Whibley (lead vocals, rhythm guitar), Tom Thacker (lead guitar, backing vocals), and Jason McCaslin (bass guitar, backing vocals). In April 2013, former drummer Steve Jocz announced his departure from the band. In 2001, they released their debut album All Killer, No Filler. The band achieved mainstream success with their first single from their album, “Fat Lip”, which reached number-one on the Billboard Modern Rock Tracks chart and remains the band’s most successful single to date.

The band later released Does This Look Infected? in 2002, to a commercial and critical success. The singles “The Hell Song” and “Still Waiting” both charted high on the modern rock charts. The band released their next album Chuck in 2004, led by singles “We’re All to Blame”, and “Pieces”. In 2007, the band released their highest charting album to date, titled, Underclass Hero. After four years, the band released Screaming Bloody Murder, in 2011. The band has been nominated for seven Juno Awards and have won twice (Group of the Year in 2002 and Rock Album of the Year for Chuck in 2005).