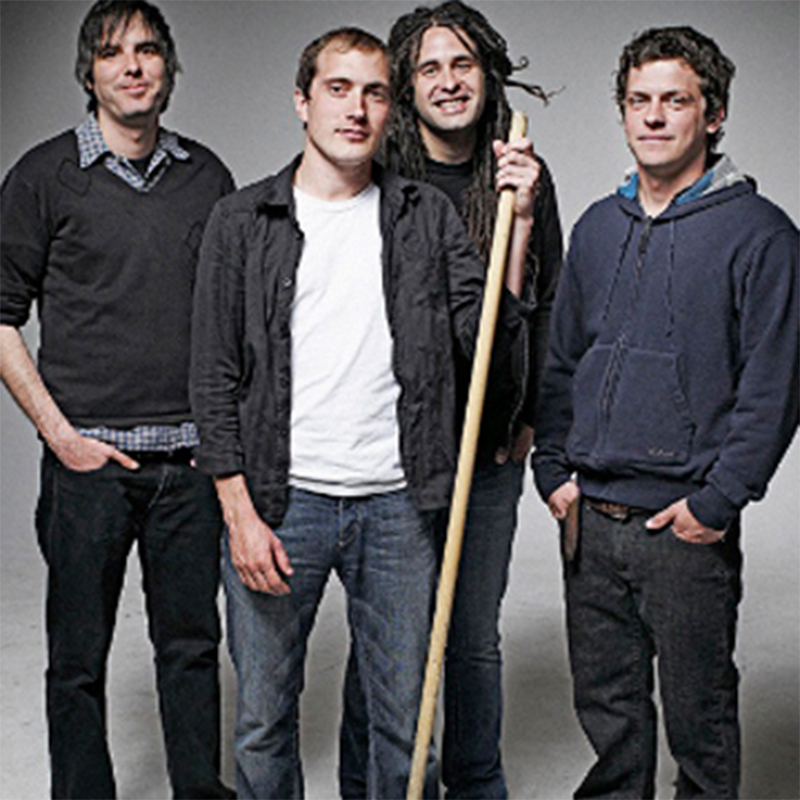 Moneen formed in 1999 after the dissolution of another band called Perfectly Normal. Moneen’s original bass player, Mark Bowser, was replaced by Chris (Nu Chris), who left the band after the release of The Theory of Harmonial Value. Erik Hughes (who played bass for the band on their first Canadian tour) later became the permanent bass player for the band.

The band recorded the first EP “Smaller Chairs For The Early 1900s” in Kenny’s Basement they then re-released it on Smallman Records with their second album “The Theory Of Harmonial Value”, the bands next release was “Are We Really Happy With Who We Are Right Now” in 2003 they later signed to Vagrant Records. Smallman Records still distributes their albums in Canada; in 2005 they released a split EP with friends Alexisonfire on Dine Alone Records, on which each band covered two of the other’s songs, plus one original song.

In 2005, director Alex Liu followed the band through the recording process for The Red Tree, filming a documentary entitled The Start to This May Be the End to Another. The Red Tree was released on April 11, 2006 on CD and Vinyl. The Vinyl release of The Red Tree was limited to 300 copies. On April 21 of 2012 Moneen will Re-press The Red Tree Vinyl, Limited once again to 500 copies. The documentary was released as part of The Moneen DVD: It All Started with a Red Stripe on May 13, 2008. The DVD had been nominated for a Juno Award for Music DVD of The Year. In March 2008, Moneen parted ways with their drummer Peter Krpan, who decided to start a solo project named One Grand Canyon, and acquired new drummer Steve Nunnaro as a permanent replacement. In the same announcement, the band revealed they are nine songs into their upcoming record.

In 2010, Peter Krpan re-joined Moneen as the permanent drummer. Moneen began recording their fourth studio album The World I Want to Leave Behind in December 2008, which was released September 15, 2009 with Dine Alone Records; they released it on CD and vinyl. The vinyl release had a bonus track called “Dark & Ugly”. Most recently, the band opened for several dates on Alexisonfire’s farewell tour.