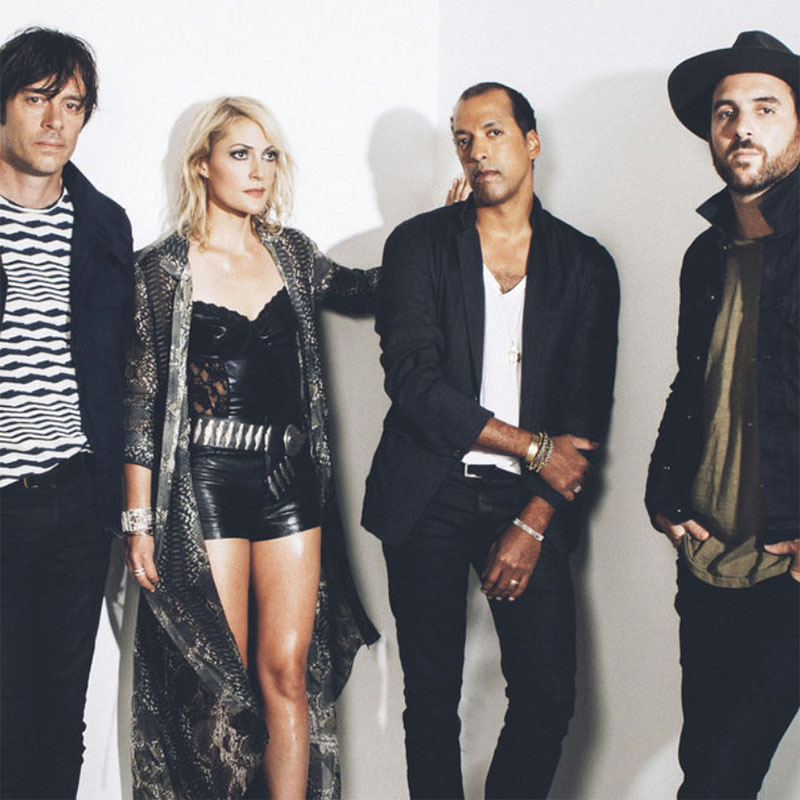 Metric is a Canadian indie rock and New Wave band founded in 1998 in Toronto. The band has also at various times been based in Montreal, London, New York City and for a short time Los Angeles. Metric consists of vocalist Emily Haines (who also plays the synthesizer and guitar), guitarist James Shaw (who also plays the synthesizer and theremin), bassist Joshua Winstead and drummer Joules Scott-Key.

The band recorded several EP’s between 1998 and 2001. The first album the band recorded in 2001, Grow Up and Blow Away, was finally released on June 26, 2007 by Last Gang Records. The album was originally recorded for Restless Records, but got neglected when the label was bought out by Rykodisc. Their first official full-length album, Old World Underground, Where Are You Now?, was released in 2003 and earned a Juno Award nomination for Best Alternative Album. Live It Out was released on October 4, 2005 and was nominated for the 2006 Polaris Music Prize for the Canadian Album of The Year and once again the Juno Award nomination for Best Alternative Album.

Haines and Shaw also perform with Broken Social Scene, and Haines has been a guest on albums by Stars, KC Accidental, The Stills, Jason Collett. Scott-Key and Winstead have their own side project, Bang Lime, and Haines has released a solo album and companion EP, Knives Don’t Have Your Back and What Is Free to a Good Home?, respectively, under the name Emily Haines and the Soft Skeleton.

Their fourth studio album Fantasies was released in Canada and the United States on April 7, 2009. It was shortlisted for the 2009 Polaris Music Prize for Canadian Album of the Year, and won the Alternative Album of the Year at the 2010 Juno Awards. Metric won as well in 2010 Group of the Year.