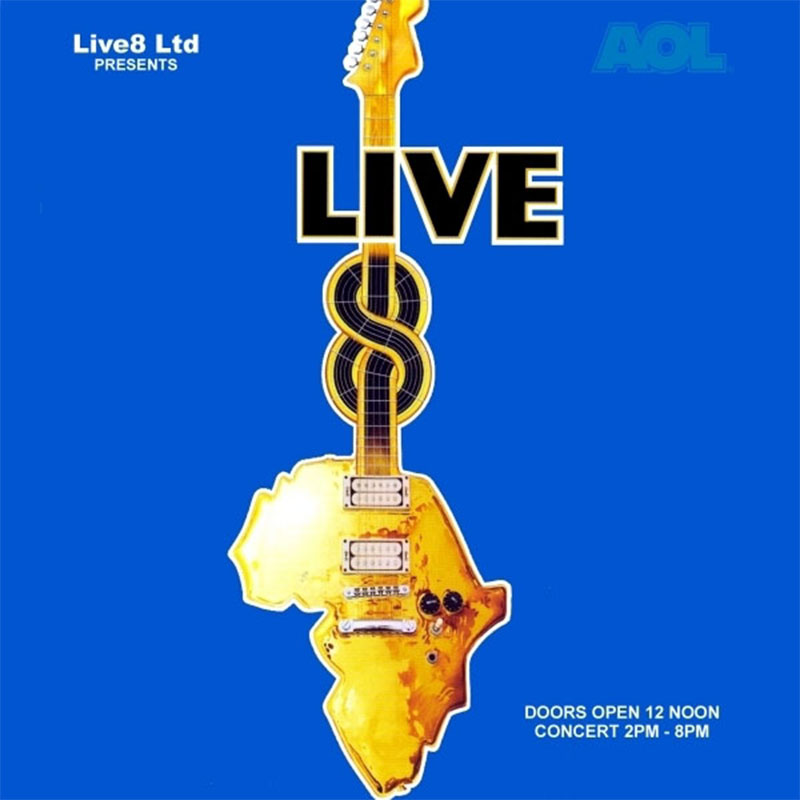 Live 8 was a string of benefit concerts that took place on July 2, 2005, in the G8 states and South Africa. They were timed to precede the G8 conference and summit held at the Gleneagles Hotel in Auchterarder, Scotland from July 6-8, 2005; they also coincided with the 20th anniversary of Live Aid. Run in support of the UK’s Make Poverty History campaign and the Global Call for Action Against Poverty, ten simultaneous concerts were held on July 2 and one on July 6.

More than 1,000 musicians performed at the concerts, which were broadcast on 182 television networks and 2,000 radio networks.