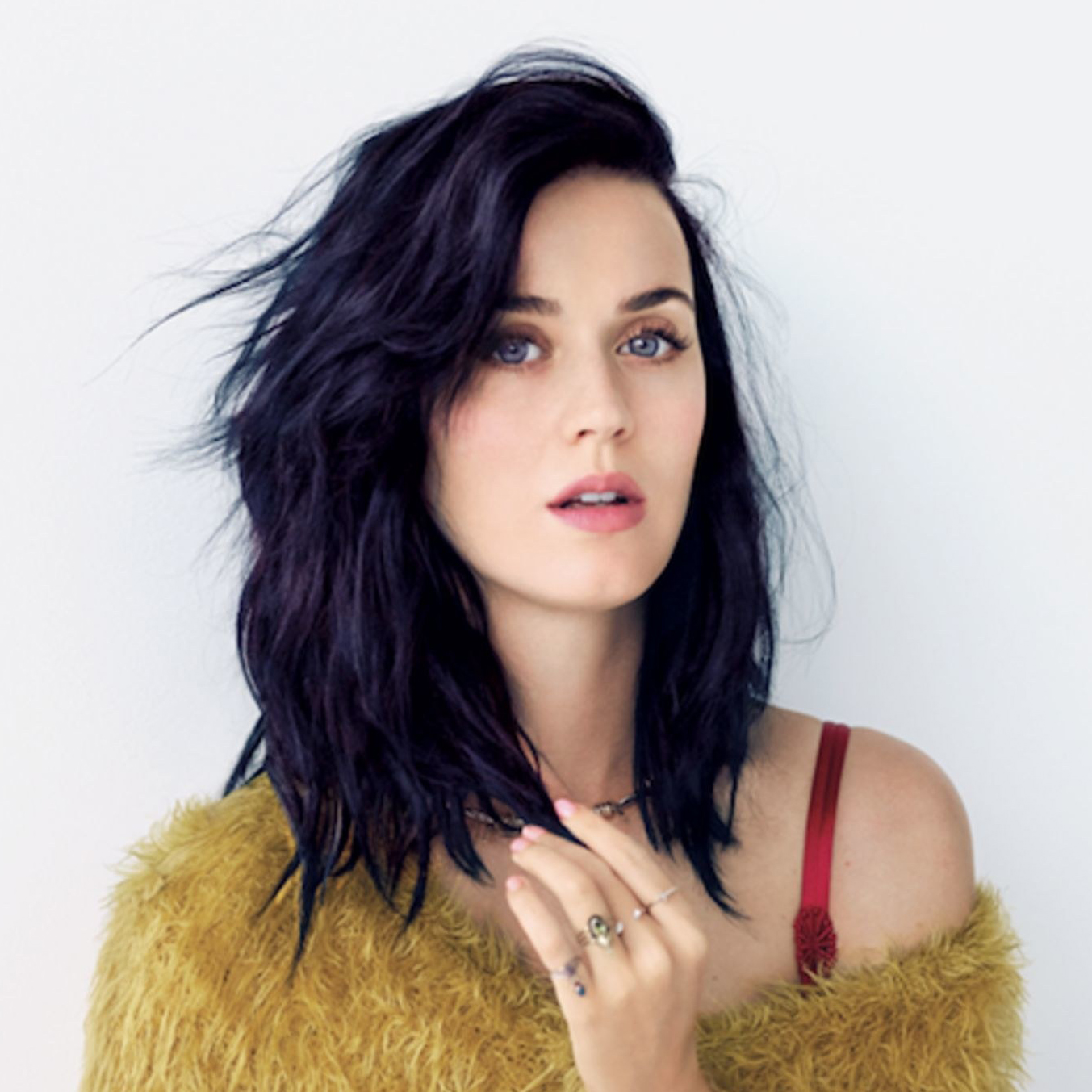 When it came time to make her exhilarating second album ‚’Teenage Dream’, Katy found herself increasingly drawn back home to Santa Barbara, Calif. Back to where they knew her before she became a superstar. Before she kissed a girl and liked it. And, certainly before she sold 5 million copies of her Capitol Records blockbuster, ’One of the Boys’.

The album, whose producers include Max Martin, Tricky Stewart, Stargate, Dr. Luke and Greg Wells, is a glorious evolution from ‚’One of The Boys’. It showcases an artist who dares us to join her as she experiences every facet of life.

She is the face most likely to adorn the bedroom walls of young girls who adore Katy not only for her musical brio, but for her playful yet sophisticated fashion sense (Who else could wear a blinking dress that lights up to the Metropolitan Museum Costume Institute) ‚’I don’t ever really want to come off as trashy’, she says. But I want people to know I am definitely having fun.

Of that, there‚ is no doubt. Seldom has an artist catapulted onto the world scene and captured not only people’s ears, but their hearts as well. Since the 2008 release of ‚’One of the Boys’, Katy has taken a jet-fueled rocket pack to the top, wowing fans with her often whimsical, irresistible pop songs. Katy topped charts in more than 25 countries with cultural phenomenon ‚’I Kissed a Girl’‚ ’Hot N Cold’, ‚’Thinking Of You’, and ’Waking Up in Vegas’, and has sold more than 22 million digital tracks and mobile products worldwide.

Nowhere is Katy’s voice and vision clearer than in concert. She is a relentless road warrior, albeit one who comes complete with gigantic, blow up plastic strawberries to toss into the audience. As a newcomer, she stormed the Warped Tour stage for 47 dates in 2008, immediately winning over hardened rock fans with her ceaselessly energetic live show. Since then, she has steadily built audiences across the planet by touching down in more than two dozen countries and filling increasingly larger venues each time she returned to a city. 2009 headlining ‚’One of the Boys’, tour was a phenomenal success, selling out around the world.

She is also a popular television draw, appearing on countless talk shows, presenting and performing on the Grammys living out her lifelong dream of being lowered from the ceiling in a 600 lb. banana, serving as a guest judge on ‚’American Idol as a celebrity contestant on’ ‚’Who Wants to Be a Millionaire?‚ also for St. Jude Children‚ Research Hospital and hosting MTV‚ and Europe Music Awards twice. More often than not she is adding to her trophy case at each stop, winning Best New Act at the Europe Music Awards, Best Pop Video at the MTV Japan Awards and International Female Solo Artist at the Brit Awards.

As much as her life seems to play itself out in the press‚ she also appeared on the cover of more than 15 magazines‚ she reminds us the real Katy is in every note and every word of her music. ‚’If you ever want an answer about how I felt about something or what I was going through or what I believe or my convictions or my love’ she says, ’You just have to listen to the lyrics’. We can’t wait to hear every word she has to say.