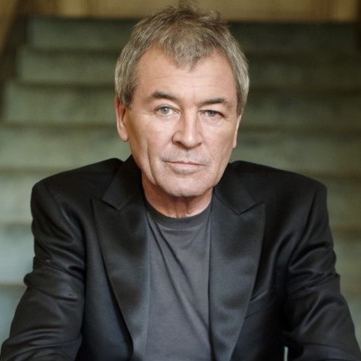 Ian Gillan is an English rock vocalist and songwriter. He originally found commercial success with, and is best known as, the lead singer and lyricist for Deep Purple.

Initially influenced by Elvis Presley, Gillan fronted several groups in the mid sixties, most notably Episode Six, but first found widespread commercial success after joining Deep Purple in 1969. After an almost non-stop workload, during which time he recorded six albums in four years, and problematic relationships between the band, particularly guitarist Ritchie Blackmore, Gillan resigned from the band in June 1973, having given a lengthy notice period to their managers.

After a short time away from the music business, he resumed his music career with solo bands the Ian Gillan Band and Gillan, before a year-long stint as the vocalist for Black Sabbath. He rejoined a reformed Deep Purple in 1984, but was fired in 1989. He rejoined the band for a second time in 1992 for their twenty-fifth anniversary, and following the recruitment of guitarist Steve Morse in 1994, has helped transform the group into a regular touring outfit, which he has fronted ever since.

In addition to his main work‚ performing with Deep Purple and other bands during the 1970s and 1980s‚ he sang the role of Jesus in the original recording of Andrew Lloyd Webber’s rock opera Jesus Christ Superstar, performed in the charity super group Rock Aid Armenia, and engaged in a number of business investments and ventures, including a hotel, a motorcycle manufacturer, and music recording facilities at Kingsway Studios. More recently, he has performed solo concerts concurrently with his latter career in Deep Purple, and his work and affinity with Armenia, combined with his continued friendship with Tony Iommi since his brief time in Black Sabbath, has led to him to form the supergroup Who Cares with Iommi. His solo career outside of Deep Purple was given a comprehensive overview with the Gillan’s Inn box set in 2006. Gillan’s Inn features Metalworks Studios‚ freelance engineer Nick Blagona (Mastering, Mixing, Percussion, Producer, Tambourine)