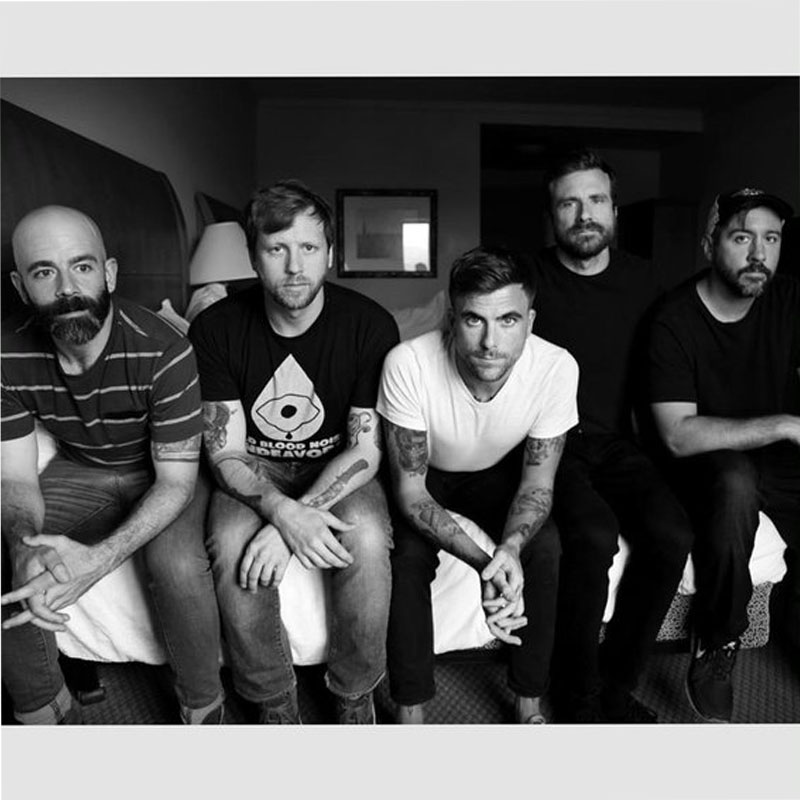 Philadelphia’s Circa Survive were formed by former Saosin vocalist Anthony Green with guitarist Colin Frangicetto — both veterans of the local emo and hardcore scenes looking to indulge in the rule-breaking freedom of the neo-progressive movement of the mid-2000s.

After Green and Frangicetto discovered like minded band mates in second guitarist Brendan Ekstrom, bassist Nick Beard, and drummer Steve Clifford, Circa Survive recorded their debut album, Juturna (named after a Roman goddess), for Equal Vision Records in 2005. Lots of touring followed, including Warped Tour dates, and the album steadily sold close to an impressive 100,000 copies. A spot on the 2007 Coachella festival led into the late May release of Circa Survives follow-up, On Letting Go. The band eventually left Equal Vision and signed to Atlantic, and in 2010 released its third album, Blue Sky Noise.