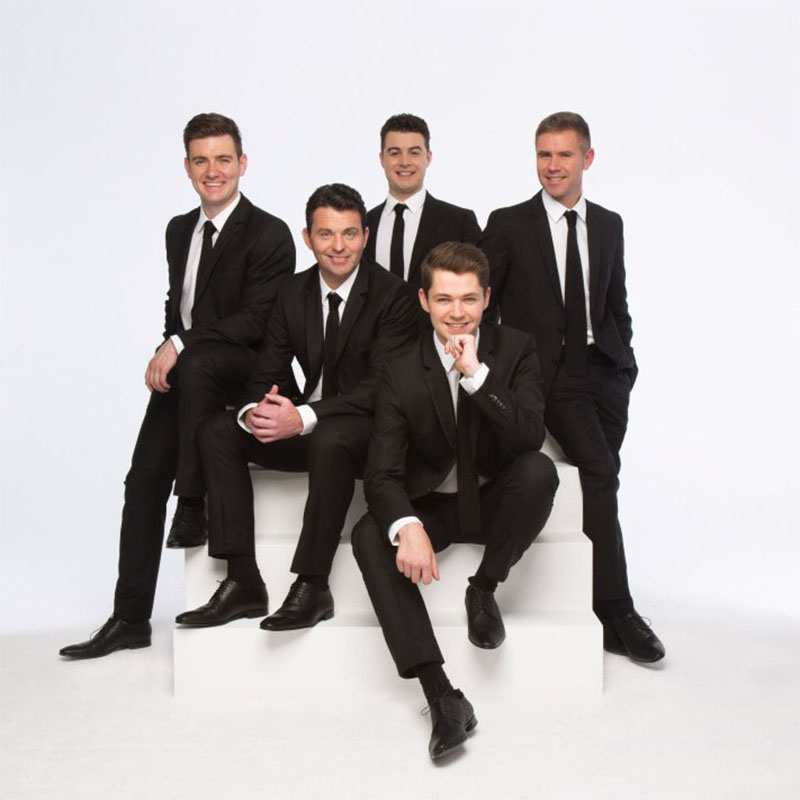 Celtic Thunder live shows are known for the use of dramatic effects via lighting and choreography as well as a stage set resembling an ancient stone pathway suggestive of those referenced in Celtic lore. Celtic Thunder has performed on the CBS Saturday Show’s Second Cup Cafe, the Today Show as well as the White House for President and Mrs Obama at their St. Patrick’s Day celebration.

Celtic Thunder has played such illustrious venues as the Nokie-LA Live in Los Angeles, Radio City Music Hall and the Beacon Theatre in NY, the Agganis Arena and Wang Centre in Boston and has performed at the White House for President Obama, as well as functions for Irish Premier Brian Cowen, NYC Mayor Michale Bloomberg, UN Commissioner for Human Rights Mary Robinson, the US troops of the 69th Regiment, and at the opening of a Boston Celtics in TD North Bank Garden game by singing the American national anthem! Hailed as Billboards Top World Artist, Album & Imprint of 2009 & 2011 – Celtic Thunder’s fans have reached Global Proportions with the continued success.