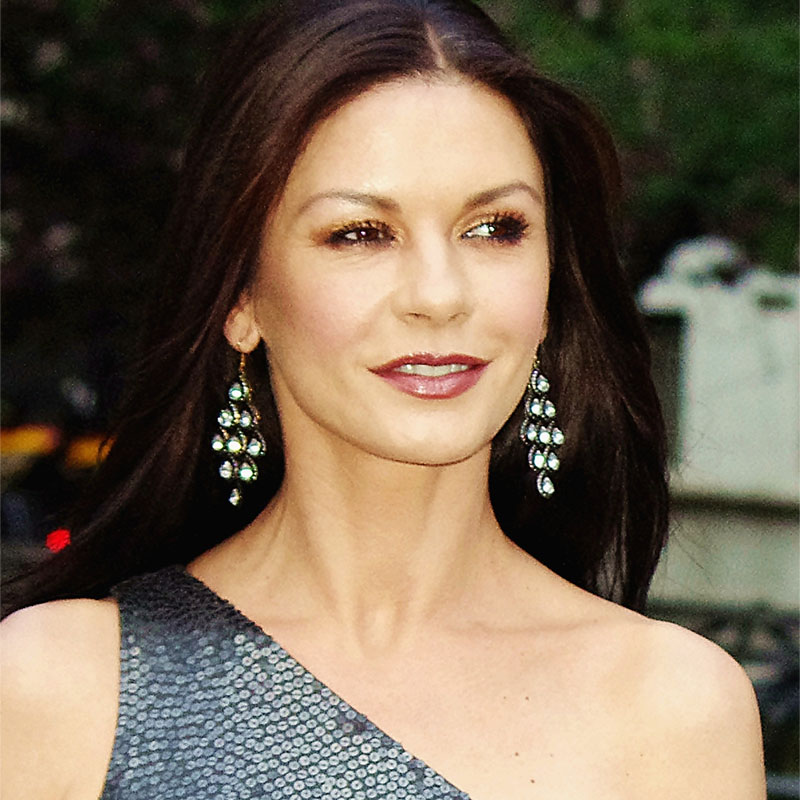 Catherine Zeta-Jones is a Welsh actress who began her career on stage at an early age. After starring in a number of British and American television films and small roles in film. She came to prominence with roles in Hollywood movies including the action film The Mask of Zorro (1998) and the crime thriller Entrapment (1999). Her break through role was in the film Traffic (2000), for which she earned her first Golden Globe Award nomination for Best Supporting Actress- Motion Picture.

Zeta-Jones starred as Velma Kelly in the film adaptation of the musical Chicago (2002), a critical and commercial success, and received an Academy Award for Best Supporting Actress, BAFTA Award, a Screen Actors Guild and was nominated for the Golden Globe Award for Best Actress- Motion Picture Musical or Comedy. Later, she appeared in the romantic comedy film Intolerable Cruelty (2003) and crime comedy film Ocean’s Twelve (2004). She starred in the sequel of the 1998 film The Legend of Zorro (2005).She also starred in the biography romantic thriller Death Defying Acts (2008) and psychological thriller Side Effects (2013).

In 2010, Zeta-Jones won the Tony Award for Best Leading Actress in a Musical for her portrayal of Desiree in A Little Night’s Musical.