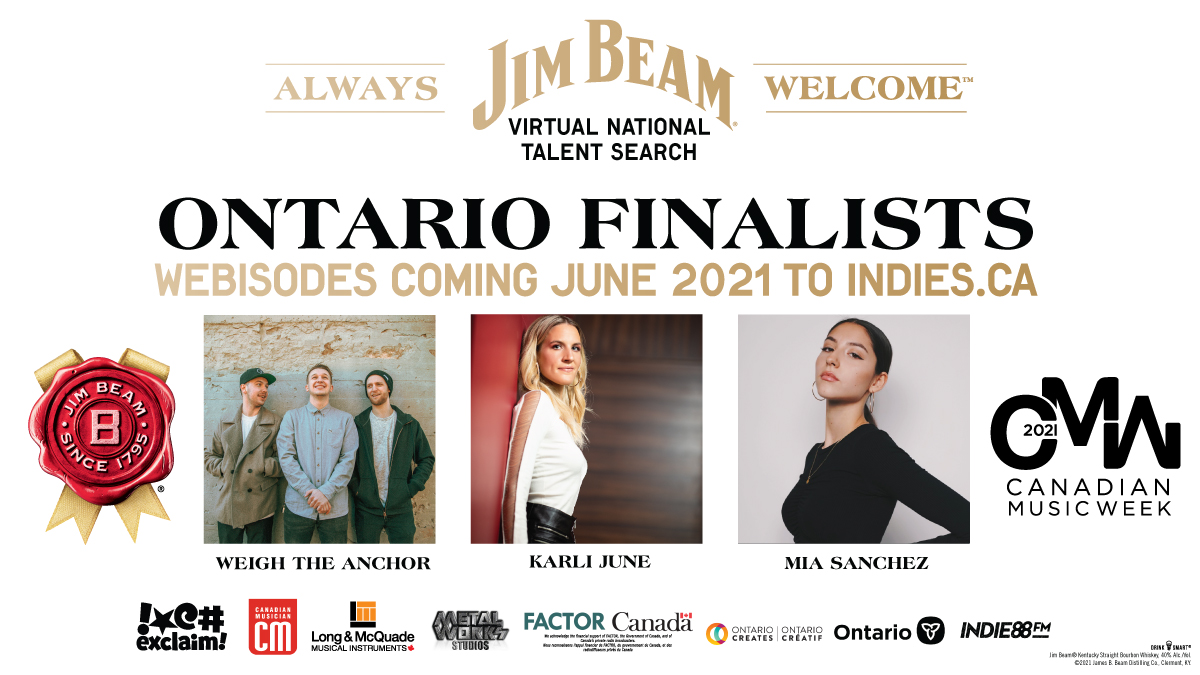 The Metalworks Studios team was pleased to welcome the Jim Beam National Talent Search Ontario finalists, Weigh The Anchor, Karli June, and Mia Sanchez, to the studio to record their performances for the upcoming Virtual National Talent Search Tour which will take place from June 14 to June 30, 2021. Once again, the performances were recorded by engineer Wayne Cochrane.

Each of the resulting regional webisodes will be streamed via Indies.ca where the public get to vote on their favourite artists in each province to help determine the grand prize winner.

CMW and the Jim Beam® Virtual National Talent Search tour will provide 18 of Canada’s best new bands with their own virtual stage, ownership of their own recordings, and starring roles in this musical event that has rewritten the way homegrown independent talent is discovered. Each webisode will focus on one (of six) Province and feature performances from three local artist finalists, as well as feedback commentary from three Canadian Industry Mentors.

One grand prize winner selected from among the 18 provincial (2021) finalists will win the opportunity to perform live on stage at the 2022 Canadian Independent Music Awards (aka INDIE AWARDS) in Toronto, along with other fabulous prizes!